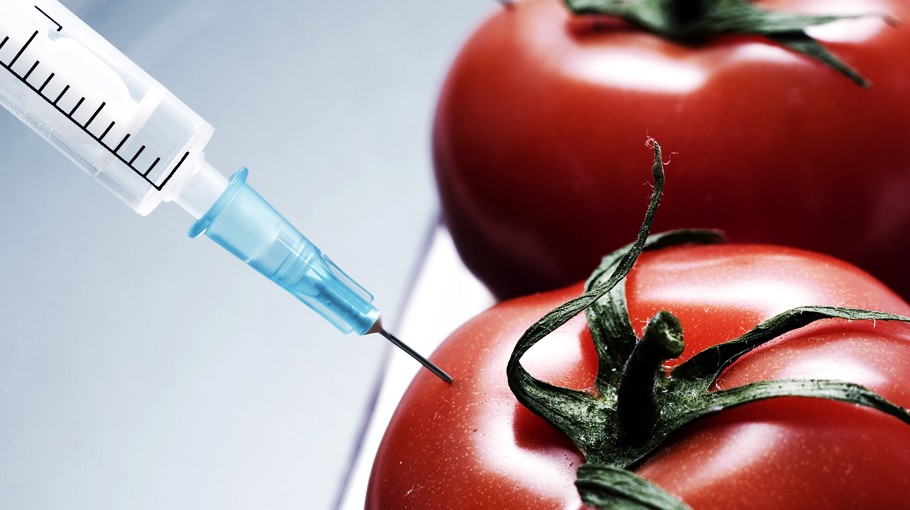 The scariest part of this story plot is that it’s not science fiction.  Today, pesticide manufacturers are producing 90% of our food, and laboratory made food has become our harsh reality as a result.  The DNA of these crop seeds has been altered to contain pesticides within them in an attempt to repel weeds and insects.  However, the food that grows from those pesticide-filled seeds ends up on your plate, and soon thereafter, in your stomach.  These pesticides alter the intestinal flora, which in turn alter the immune and digestive systems, which in turn allows holes to be produced that leak out the toxins into your bloodstream. 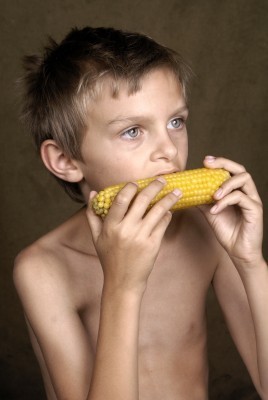 GM foods were first commercialized in the US in the early 1990s. The U.S. food regulating agency, the Food and Drug Administration (FDA), allowed the first GM foods onto world markets in spite of its own scientists’ warnings that genetic engineering is different from conventional breeding and poses special risks, including the production of new toxins or allergens.  The FDA overruled its scientists in line with a U.S. government decision to “foster” the growth of the GM industry. The FDA formed a policy for GM foods that did not require any safety tests or labeling.

Michael Taylor, an FDA deputy commissioner of policy who was a former attorney for the GM giant Monsanto, oversaw the creation of this policy.  He later became vice president for public policy.

Contrary to popular belief, the FDA does not have a mandatory GM food safety assessment process and has never approved a GM food as safe. Instead, it operates a voluntary program for pre-market review of GM foods. All GM food crops commercialized to date have gone through this review process, but there is no legal requirement for them to do so. Companies that develop GM crops are allowed to put any GMO on the market, though they can be held liable for any harm caused to consumers”. 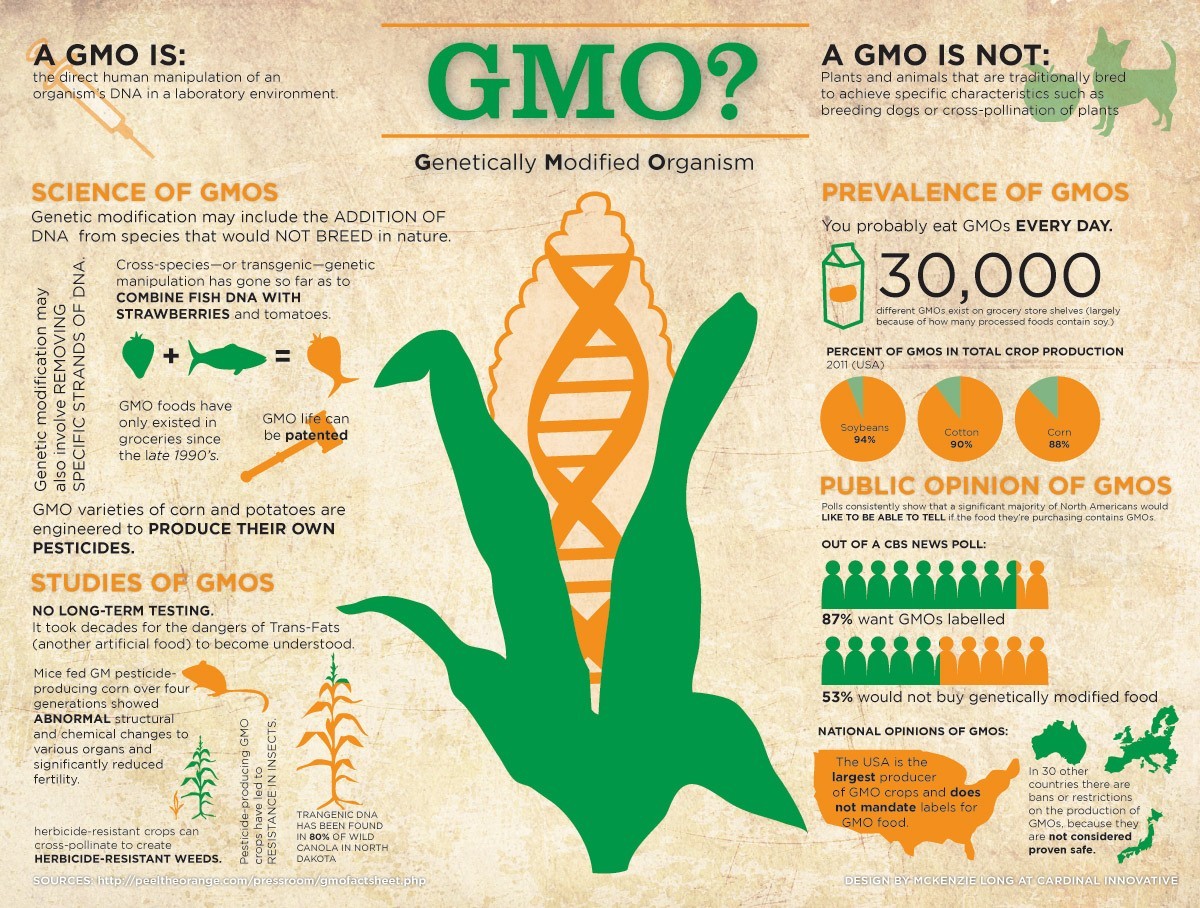 David Schubert, professor and head of the Cellular Neurobiology Laboratory, Salk Institute, in a comprehensive peer-reviewed study of U.S. government regulation of GMOs that he co-authored, stated:

[quote]“One thing that surprised us is that US regulators rely almost exclusively on information provided by the biotech crop developer, and those data are not published in journals or subjected to peer review… The picture that emerges from our study of US regulation of GM foods is a rubber-stamp ‘approval process’ designed to increase public confidence in, but not ensure the safety of, genetically engineered foods.”[/quote]

Naked Food Magazine interviewed Priscilla Woolworth, an eco-warrior entrepreneur, mother, and founder and CEO of PriscillaWoolworth.com. Woolworth has taken it upon herself to create awareness about the current GMO industry and their manufacturer, the Monsanto Company.  Along with Academy Award nominated actress Mariel Hemingway and producer and author Blythe Metz, she is raising funds to make a film titled #StopMonsanto. 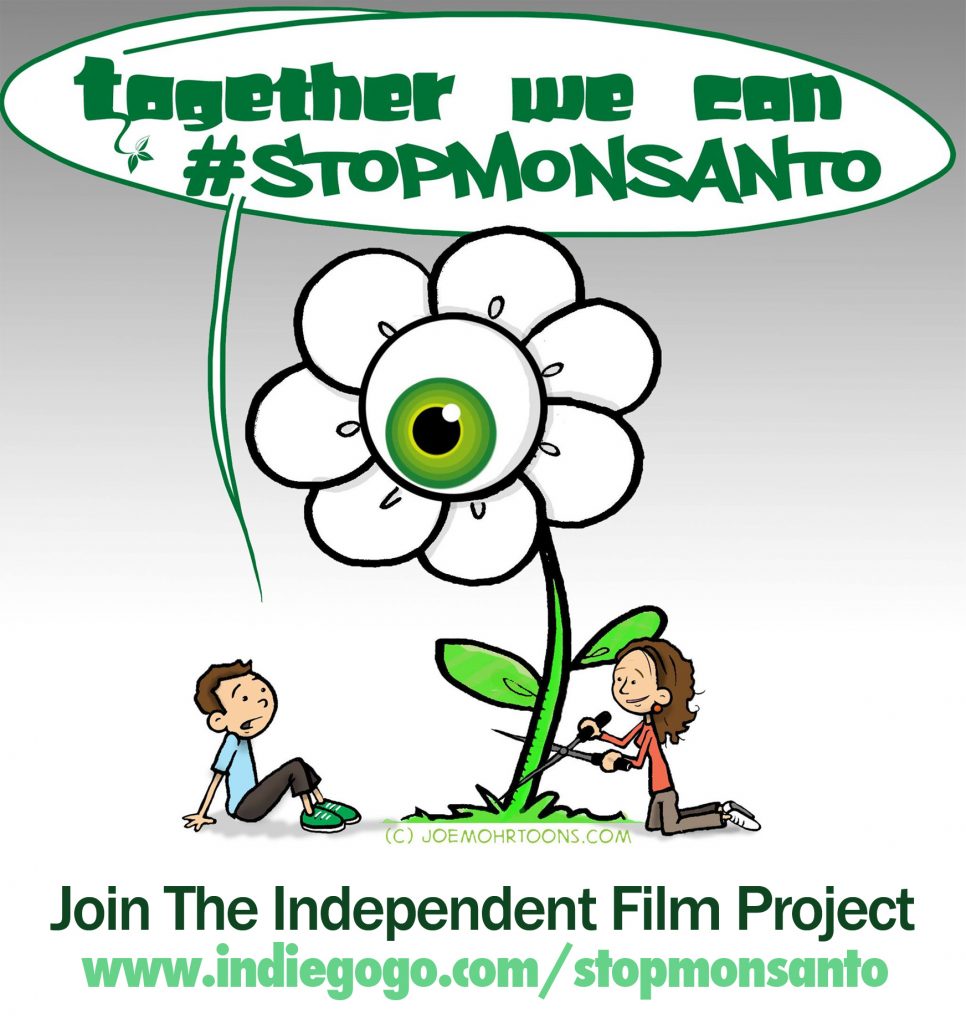 NFM: Why Stop Monsanto?
Woolworth: I feel it’s our right to know whether the foods we are buying are genetically engineered or not. If Monsanto has nothing to hide, why are they spending millions of dollars to fight labeling foods GMO? Apparently, 92% of Americans want the FDA to label genetically engineered foods.

NFM: Monsanto is the producer of 90% of Genetically Modified (GM) Food in the world.  How has this been achieved?
Woolworth: By buying seed companies in the USA and around the world, that were struggling financially, and filing patents for GMO seeds.  I was horrified when I heard rumors years ago that their goal is to control how food is grown around the world and just didn’t think it was possible.

NFM: They used to be a chemical company. Why are they modifying food now?
Woolworth: They made a fortune with the toxic Roundup weed killer. As a nasty twist of fate for farmers, the Monsanto weed killer doesn’t work on the new “Superweeds” anymore. It’s incredible that even weeds evolve and change in order to survive. 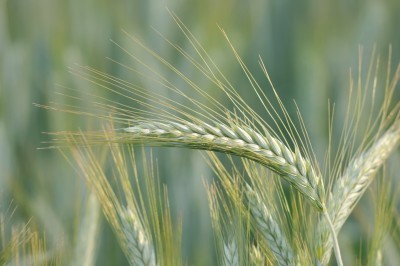 NFM: Some people think this is an agricultural issue, and some think it’s a violation of human rights.  What is your take?
Woolworth: It’s both an agricultural issue and a human rights violation. The short answer is: It’s scary when one company controls so much of the seed that farmers need in order to grow their crops. Also, the GM crops aren’t getting a bigger yield than the conventionally grown ones. Monsanto is violating our rights by fighting to not label foods GMO. We have the right to know what we are buying and to choose whether we want to eat GMO grown foods. We actually don’t know yet what the health consequences are from eating GMO food.

NFM: Controlling the seed means control over the farmer, which means control over the food.  Why has this cycle been perpetuated?
Woolworth: It’s terrifying what’s going on and I think that people don’t realize what’s happening, here in the USA and in many other countries as well. I think Monsanto preys on the meek. Buying large seed companies doesn’t make front page news…

NFM: The Monsanto’s pledge as described on their website reads as follows: “The Monsanto Pledge is our commitment to how we do business. It is a declaration that compels us to listen more, to consider our actions and their impact broadly, and to lead responsibly. It helps us to convert our values into actions, and to make clear who we are and what we champion.”  Should people trust they are doing exactly that?
Woolworth: That’s almost laughable if it wasn’t all so tragic. 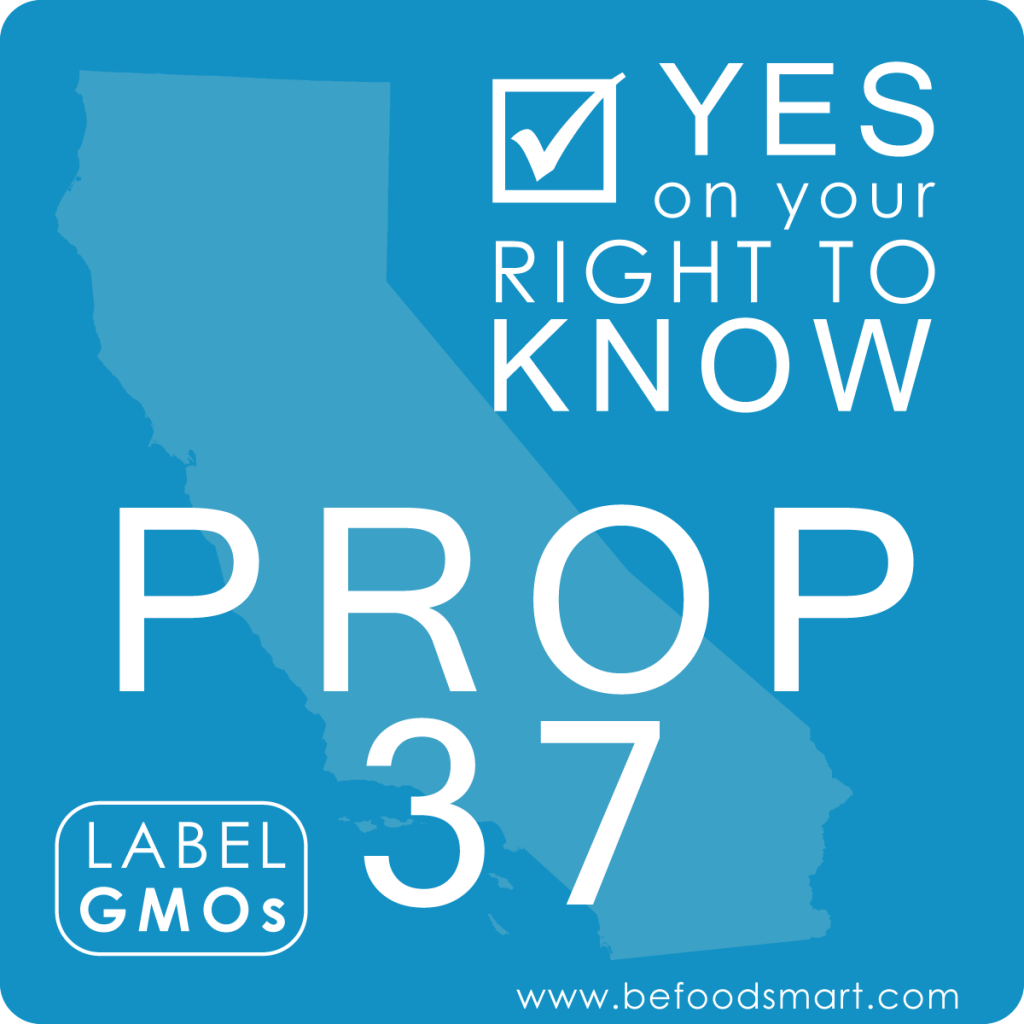 NFM: The House Agriculture Committee is currently discussing the 2012 Farm Bill, which attempts to dismantle existing federal law as it pertains to regulating GM crops and replace it with a free-for-all system. Is this beneficial?
Woolworth: This would definitely not be beneficial. The Farm Bill should not eliminate reviewing GM crops, especially since we don’t even know how eating GM grown food affects our health and well being long term.

NFM: You are encouraging people to take action and speak up.  Is this what you expect to achieve with the film?
Woolworth: The goal is to educate while being entertaining, on what is going on out there that many people don’t know about. We can only hope that this touches a nerve that encourages people to get involved. People can make a difference!

NFM: How can people help?
Woolworth: We all can change the world by what we buy: support local organic farmers by buying their fresh produce and anything else that is organically grown.  People can vote Yes on prop 37 in November which will make sure that GMO food is labeled. People can also write to their congressman and request total transparency when it comes to GMOs and Monsanto. 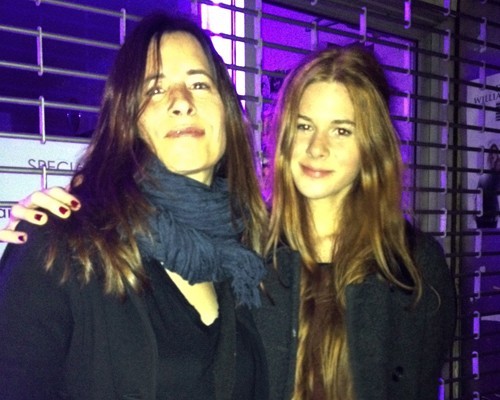 Priscilla Woolworth, Producer of #StopMonsanto Film and daughter Lucie.  “My daughters inspire me in the work that I do”.

The race to stop Monsanto is on!

Stop Monsanto Film: Get Involved. For more information on helping, and donating to the film fund, please visit: http://www.indiegogo.com/stopmonsanto

On August 13, 2012, new campaign finance reports show that pesticide and processed food companies just contributed nearly $10 million to oppose Proposition 37, which would require labeling of genetically engineered foods.  According to the California Secretary of State disclosure forms, the largest of these contributions come from Dupont Pioneer ($2,441,500), Bayer Cropscience ($1,064,000) and BASF Plant Science ($996,500).  Other contributions include $500,000 each from Coca-Cola, PepsiCo, Nestle USA, General Mills and ConAgra. Read the full Press Release.

When shopping for Food:  A free mobile app was created to help you find and avoid GE ingredients wherever you shop. The True Food Shoppers Guide mobile application for iPhone and Android can be downloaded from the iTunes store.  The guide provides valuable information on common GE ingredients, brands to look for, and look out for, and common sense tips to keep you in the know. 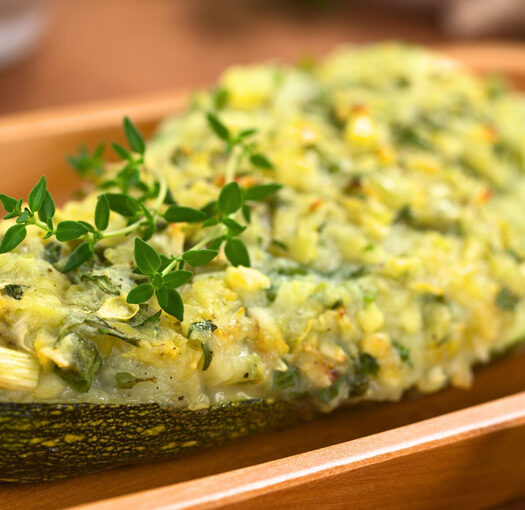 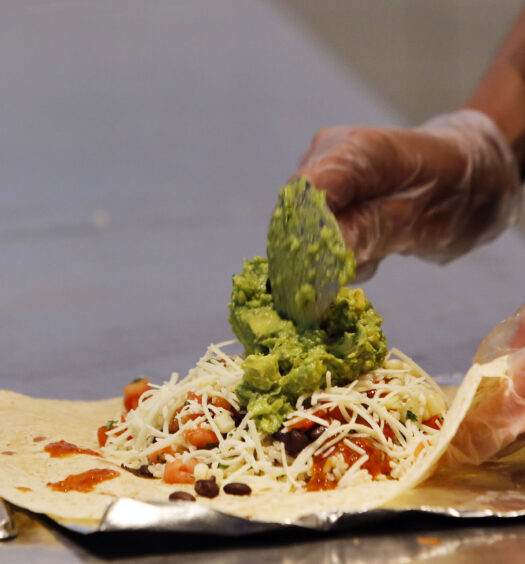