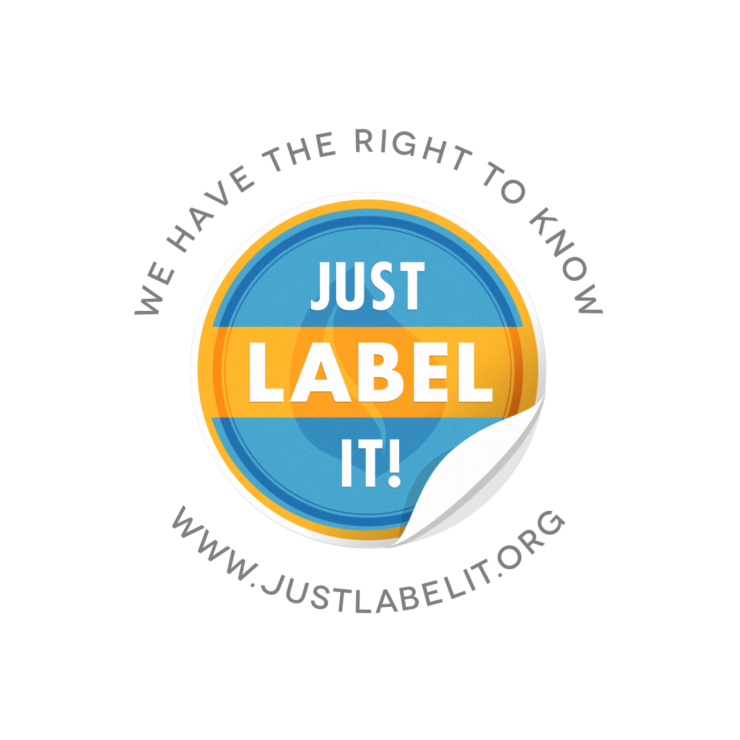 Labels Matter! We have the right to know

Naked Food Magazine supports the Just Label It Campaign and the right to know what’s in our food.

Studies show that more than 90% of Americans support mandatory labeling of genetically engineered (GE) foods. Yet for twenty years we have been denied that right. While our reasons for wanting to know what’s in our food may vary, what unifies us is the belief that it’s our right. Without labeling of GE foods, we cannot make informed choices about our food. The Just Label It campaign was created to advocate for the labeling of GE foods.

Unlike most other developed countries – such as 15 nations in the European Union, Japan, Australia, Brazil, Russia and even China – the U.S. has no laws requiring labeling of genetically engineered foods. Requiring genetically engineered foods to be labeled empowers consumers to make informed choices about what’s best for us and our families.  Please join over a half million Americans and contact the FDA today on this issue:  http://justlabelit.org/take-action/