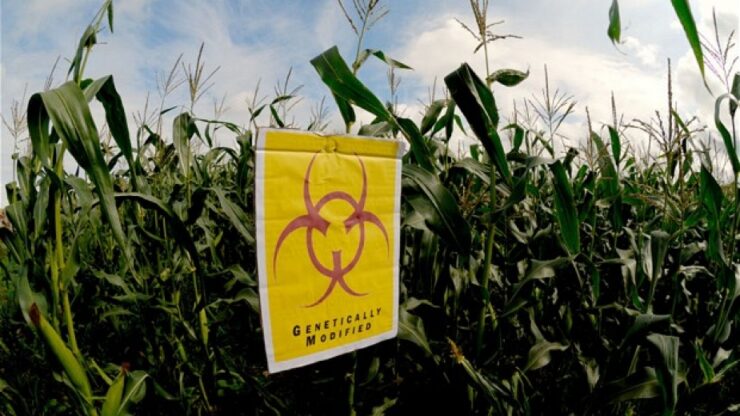 The Obama administration said on Thursday that it would update the way the government regulated genetically modified crops and some other biotechnology products, saying that the nearly 30-year-old system had become outdated and confusing and did not foster public confidence.

“While the current regulatory system for biotechnology products effectively protects the health and the environment, advances in science and technology since 1992 have been altering the product landscape,”

John P. Holdren, the White House science adviser, and three other senior White House officials said in a blog post on Thursday. They said, the complexity of the current system “can make it difficult for the public to understand how the safety of biotechnology products is evaluated, and navigating the regulatory process for these products can be unduly challenging, especially for small companies.”

The administration said it would accept public input and hoped to complete the initial update to the regulatory framework in a year. The existing system — known as the coordinated framework — was announced in 1986 and updated in 1992, at a time when genetically modified crops were not yet being marketed. The framework parceled out responsibility for regulating crops and some other products made by genetic engineering among three agencies — the Agriculture Department, the Environmental Protection Agency and the Food and Drug Administration.

Critics of biotechnology crops have long said that the current system is too lax, and they will no doubt push for tougher regulations. Some executives in the biotechnology industry and academic scientists have been saying the regulations are unnecessarily tough, making it too costly and too difficult for many academic researchers and small companies to bring genetically engineered crops to market.

One purpose of the review is to “prevent unnecessary barriers to future innovation and competitiveness,” according to a memo sent by the White House to the federal agencies involved. People on both sides hoping for big changes might be disappointed. An administration official said the focus in the first year would be on clarifying which products or product areas each agency is responsible for rather than changing the regulations.

A task force of government agencies will be set up to do that. It will also be charged with coming up with a better system for keeping abreast of technological changes. In that future phase, changes to regulations might be considered, according to the White House memo.

The review concerns regulations for products made by genetic engineering that are introduced into the environment, like crops, animals and microbes. It would not affect the regulation of pharmaceuticals.

More than 90 percent of the corn, soybeans and cotton grown in the United States have foreign genes inserted into their DNA to make them resistant to herbicides or insects or both.

The existing framework has some aspects that seem unusual. Genetically engineered animals, for instance, are regulated as animal drugs. That means the veterinary division of the F.D.A. is charged with determining whether genetically engineered mosquitoes can be released in the Florida Keys to help combat dengue fever.

The Agriculture Department regulates genetically modified crops under rules governing plant pests like insects and pathogens. Companies are now developing crops that do not fall under the department’s narrow jurisdiction. Advances in technology have also strained the regulations. Scientists can now alter the genes of organisms in a far more extensive way than they once could, using techniques called synthetic biology. Moreover, there are now ways to change the existing DNA of organisms, rather than putting in foreign genes. It is not clear yet if products made with these new “genome editing” techniques would be subject to regulations meant for genetic engineering.

Greg Jaffe, biotechnology project director at the Center for Science in the Public Interest, an advocacy group, said the review of the regulations was overdue.

“While the regulatory system may be ensuring safety, it’s not ensuring confidence to the public that the products are safe,” Mr. Jaffe said. “They are acknowledging that the current system is too convoluted and confusing.”

Scott Faber of the Environmental Working Group said that Thursday’s announcement “confirms the need for more transparency in our food system,” and he called for mandatory labeling of foods with genetically modified ingredients.

The Biotechnology Industry Organization also welcomed the review, saying that the framework has been criticized for “impeding the timely approval of much-needed and long-reviewed biotech products.” It said it wanted a system that is “timely, predictable, based upon the best available science, and incorporates 20-plus years of experience with the technology.” The White House said it would hold three public meetings in different parts of the country, starting with one in Washington in the fall. The updated framework will also be open for comments before it is completed, it said.