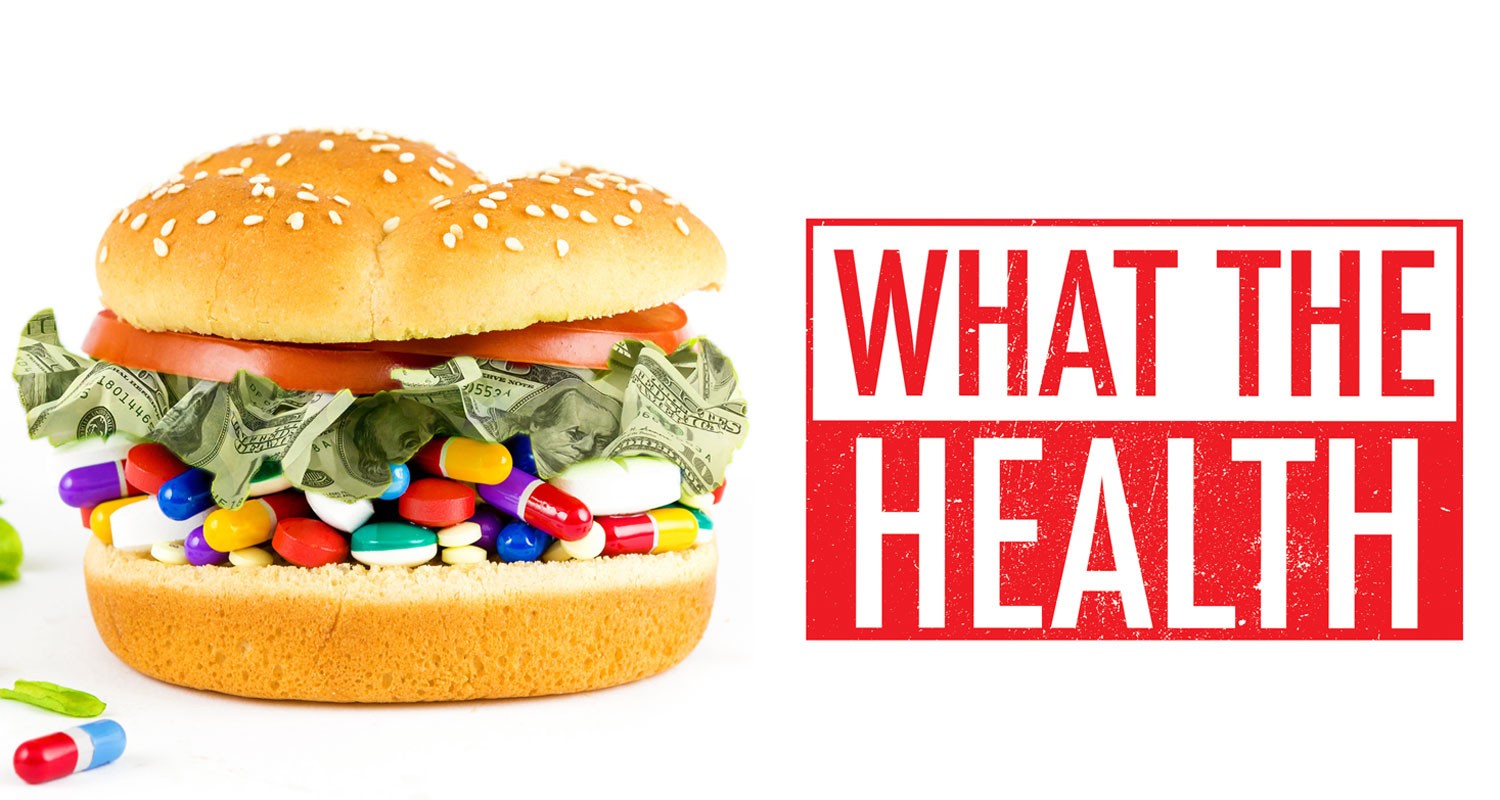 By Naked Food Magazine  •  5 years ago

What the Health is the groundbreaking follow-up film from the creators of the award winning documentary Cowspiracy. The film follows intrepid filmmaker Kip Andersen as he uncovers the secret to preventing and even reversing chronic diseases – and investigates why the nation’s leading health organizations don’t want us to know about it.

With heart disease and cancer the leading causes of death in America, and diabetes at an all-time high, the film reveals possibly the largest health cover-up of our time. With the help of medical doctors, researchers, and consumer advocates, What the Health exposes the collusion and corruption in government and big business that is costing us trillions of healthcare dollars, and keeping us sick.

Join Kip as he tracks down the leading and most trusted American health nonprofits to find out why these groups are staying silent, despite a growing body of evidence. Audiences will be shocked to learn the insidious roles played by pharmaceutical companies, agribusiness, and processed animal food companies in the nation’s health, especially in the most vulnerable communities, and will cheer at the transformation and recovery of those who took their lives into their own hands. What the Health is a surprising, and at times hilarious, investigative documentary that will be an eye-opener for everyone concerned about our nation’s health and how big business influences it.

Don’t miss out on the online premier on 03.16.17 at WhatTheHealthFilm.com

Q. What motivated you to look deeper into nutrition and health after focusing on the environmental issues around animal agriculture?

We covered some of the nutritional benefits of a vegan diet in Cowspiracy but I wanted to know more. Like a lot of Americans, I have a family history of diabetes, heart disease, and cancer. I heard some troubling things while we were filming Cowspiracy and I decided to investigate further. It seemed logical that similar collusion is taking place within the health and medical industry as it is within the environmental movement. I was blown away by what I learned.

Q: How are What the Health and Cowspiracy similar and how are they different?

It is amazing how similar the two stories are, and the tactics that are used by big business to prevent information from reaching the public. Really, the main difference is how much easier it is to see the money/collusion trail between all of the industries we investigate in What The Health – health organizations, animal agriculture, government, and pharmaceutical industry – whereas Cowspiracy was a bit tougher to crack open.

Another difference is that there are a few more players involved in what we uncovered, with the pharmaceutical industry playing a huge role in profiting from this whole cover-up.

Q: Did you have more trouble gaining access to organizations this time because people were familiar with your work? Were you “recognized?”

Yes, we did. Between the huge worldwide success of Cowspiracy, most organizations that are using some sketchy practices are much more leery of doing interviews, especially with us. But we did get enough footage through various interviews and going directly into these organizations’ headquarters, to show viewers the obvious disturbing roles everyone is playing.

Q: Why do so few medical doctors have an understanding of nutrition?

They only get a few hours at best of all their years of medical schooling, but that’s only part of the problem. Dr. Michael Klaper at TrueNorth Health Center told me the influence of the meat and dairy industry extends to medical education. So the nutritional training they get may not even be the correct information, and the medical establishment actively resists more training. It isn’t as profitable to use dietary interventions versus surgery and prescribing more and more drugs.

Q: How can people find out about the link between diet and disease if doctors aren’t aware of it, or won’t talk about it, and health advocacy organizations aren’t telling the public about it?

They watch this film :) We will also have an incredible facts page on our website at www.whatthehealthfilm.com.

It’s really important to me personally to get this information about diet and lifestyle choices out there. Two of my grandparents died of cancer. If we had known more, maybe things would have been different. I hope everyone who has a loved one with diabetes, or heart disease, or cancer, or who is overweight to the point that it impacts their health, will watch and share this film.

Q: What made you decide to follow individual people who had some of those very same health challenges?

We felt it was one thing for people to see all these studies and hear from progressive doctors who are willing to tell the truth about all of this, but then it intensifies the experience and trust of the whole film when one can see the incredibly powerful transformations from real people as they heal themselves from the problems that built up from years of these scary products.

Q: How and when will people be able to watch What the Health?

We’re releasing the film for a limited time on March 16 as a fundraiser for Food Not Bombs.

Q: Cowspiracy has inspired two books, The Sustainability Secret and the new The Planet Based Diet cookbook, so will What The Health also be followed by some reading material?

Yes. We are launching the film with a DVD for sale as well as an awesome companion What The Health Cookbook. It’s much more than your average cookbook because it’s also filled with all the facts from the film. These are intended to be powerful tools you can buy for yourself or loved ones who need to know this information, and how to act on it.

Q: How can people support the film?

I would love people to join our Thunderclap campaign to help spread the word through their social media accounts. It’s easy to do and it makes a huge impact, plus it will support our friends at Food Not Bombs. People can watch the film starting March 16, and then support their friends and family by purchasing a download, DVD, and/or cookbook to give to everyone they care about.

Kip Andersen’s awakening as a filmmaker came as a result of An Inconvenient Truth. After seeing the film, he dramatically changed his lifestyle and believed he was doing everything he could to help the planet. But his life took a different direction when he found out animal agriculture is the leading cause of environmental destruction. His first film Cowspiracy: The Sustainability Secret became an overnight viral success and ignited the environmental movement. He was invited to speak in front of the European Parliament and a new cut, executive produced by Leonardo DiCaprio, was exclusively released on Netflix in September 2015. Andersen is the founder of AUM Films and Media, a 501c3 non-profit focused on creating films and media that promote thrivability, compassion, and harmony for all life. He is also a serial entrepreneur, as well as a certified Jivamukti and Kundalini yoga teacher. He is a graduate of Cal Poly San Luis Obispo school of business and has called San Francisco home for more than a decade.  Learn more at www.whatthehealthfilm.com 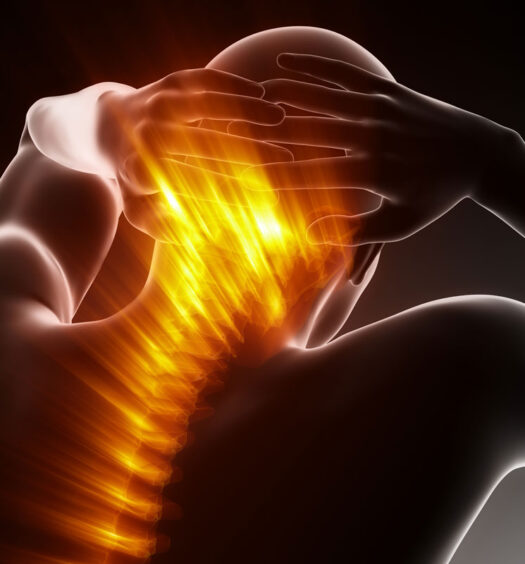 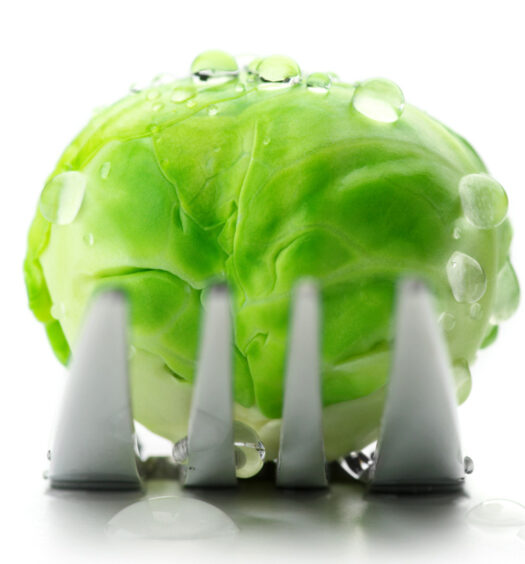