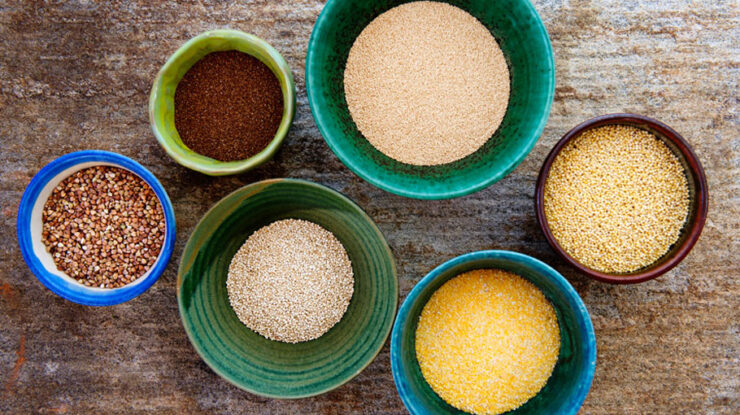 10 Gluten-Free Grains for Everyone

Everyone can benefit from eating a wide range of gluten-free whole grains. Gluten-free cooking and baking goes beyond just replacing the few popular gluten grains such as wheat, barley, triticale, and rye in favorite recipes. It is a celebration of the earth’s bounty. There are more whole grains that do not have gluten. More choices, more whole grains and whole grain flours can mix and match with local, seasonal produce for an endless variety of daily meals.

Amaranth is a tiny, slightly nutty flavored ancient grain. The Aztecs believed it held the secret to long life and vitality and celebrated holidays by eating toasted amaranth. It’s a complete protein, has more iron than most grains, and is also a great source of many other minerals. Whole amaranth is delicious on its own or cooked in combination with other grains in pilafs, and in warming morning porridges with oatmeal, dried fruits, and coconut. 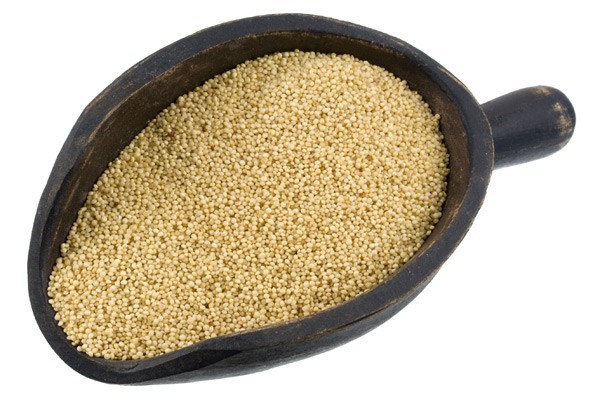 Buckwheat is a complete protein, rich in iron, selenium, and zinc, and a fair source of B vitamins. It cooks very quickly (just fifteen minutes). Buckwheat groats are white to pale green and have a mild flavor. You can cook them as is, sprout, or roast them, and buy them already roasted, also known as kasha. With its eastern European roots, kasha is a natural in stuffed cabbage rolls, in croquettes, marinated salads, and kasha varnishkes, a dish made with sautéed onions and pasta. 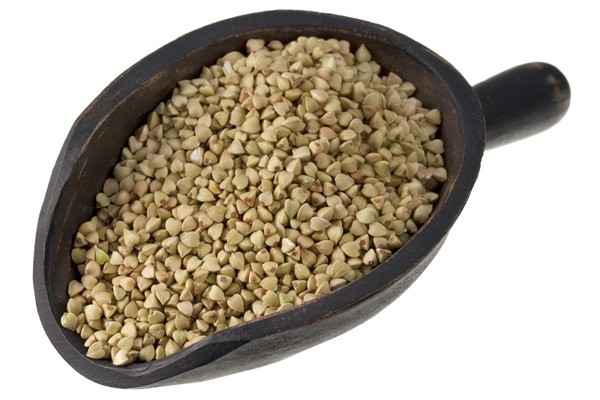 Corn is unusual in being both a fresh vegetable and a grain available in a rainbow of colors, each with a slightly different nutritional profile, so mix it up and cook with different varieties. Like amaranth and quinoa, corn has a long history of cultivation in the New World and was venerated as a sacred food. Because all varieties of corn are low in tryptophan and lysine, it isn’t a complete protein, but all varieties of corn are a good source of magnesium and thiamin, and a fairly good source of a few other minerals and B vitamins. Corn grits, millet and teff can be cooked together in the same pot since they all take 15-20 minutes. Corn grits and polenta are delicious for a quick breakfast, or at any time of day. For a super main dish made with grits, add sautéed onion and kale. 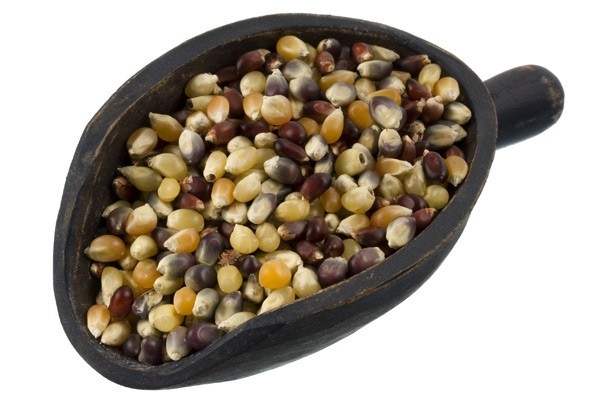 Millet is a small, round, yellow grain originating about five thousand years ago in China, where it is still a staple. Like most grains, it tends to be a little low in lysine, so it isn’t a complete protein. It is, however, a great source of magnesium, and a fair source of other minerals and some of the B vitamins. Millet has a wonderful sweet taste. You can toss it into any soup or stew about twenty minutes before its ready (this is a great way to thicken a dish that’s turned out too thin.) When cooked, it sticks together, and once it cools you can slice it, making it a great choice for polenta, croquettes, and loaves. 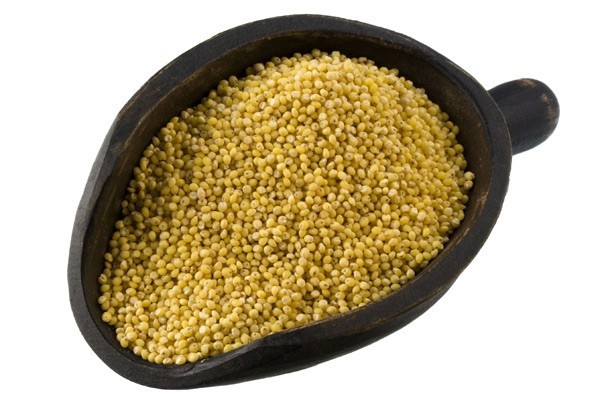 Oats are often grown in close proximity to wheat and also often processed in the same facilities. For those with wheat intolerance, this shouldn’t pose a problem. However, if you have celiac disease, be sure to look for packages labeled gluten-free, which are carefully processed and packaged to avoid cross-contamination. Oats have a variety of health benefits. They can help lower cholesterol, reduce blood pressure, and prevent heart disease and cancer. They also enhance immune system function, help stabilize blood sugar, and may even be helpful for insomnia, stress, anxiety, depression, and a variety of other health problems. Oats are a complete protein, high in fiber, thiamin, and minerals. Oats make a delicious breakfast cereal, cooked alone or with amaranth, teff, or goji berries, coconut, or whatever dried or fresh fruit you like, and maybe a sprinkling of cinnamon. 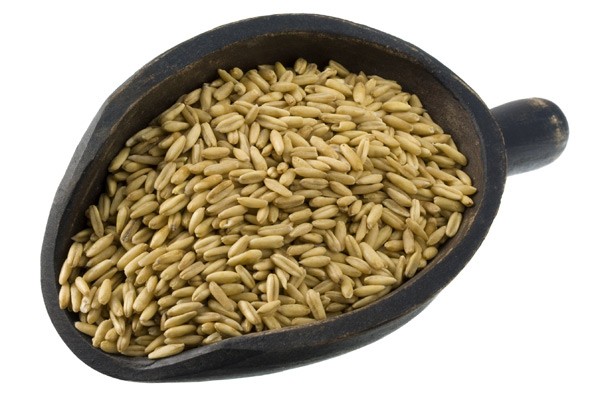 Quinoa, similar to amaranth and buckwheat, doesn’t come from a cereal grass, so it isn’t technically a grain. Like most of the other pseudo-grains, quinoa is a great source of protein—one of the best plant sources, in fact—because it contains all of the essential amino acids and is rich in folic acid and several minerals. Like corn, quinoa comes in a rainbow of colors: tan, red, and black. Each has a slightly different texture and flavor, but generally speaking, quinoa has a light sesame-like flavor and cooks in 15 minutes. It tastes great on its own or mixed with other grains, and it works beautifully in stews and salads. 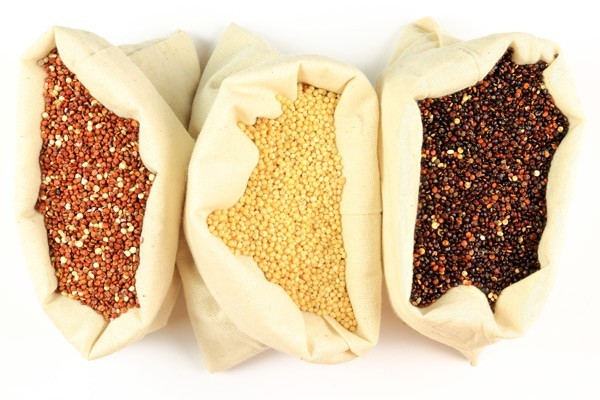 Whole grain rice is fairly rich in fiber, niacin, a few other B vitamins, and several minerals. But when it’s processed into white rice, almost all of its valuable nutrients are lost, so it offers little beyond starch. For those on a gluten-free diet, rice comes to the rescue as pasta in the form of numerous types of Asian noodles, as well as a few good brands of rice pasta that you’ll find in most natural food stores. Rice has been bred to survive and thrive in a broad range of conditions, leading to countless varieties in existence today. 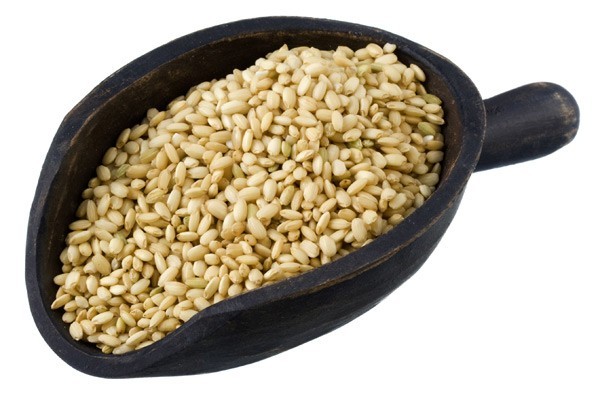 Sorghum, also known as milo, is a small round grain with the texture of pearled barley. While it isn’t a nutritional powerhouse compared to other grains, it is a good source of iron, potassium, and fiber, and also provides a few B vitamins. It’s even lower in lysine than most grains, so the quality of its protein isn’t as good. When buying sorghum, look for sweet white sorghum. It’s the best-tasting and most digestible variety. And don’t be put off by “white” in the name. That’s not white as in refined; it means the grain itself is a pale color. It has a flavor similar to untoasted buckwheat, and a texture that makes it a good stand-in for barley. Try it in marinated salads, pilafs, and soups. 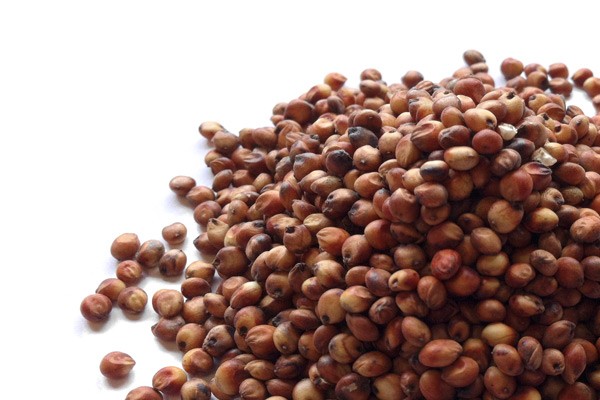 Teff nutrients concentrate in the germ and the bran and because it is so tiny, smaller than the period at the end of this sentence, the germ and bran make up almost the whole grain, making it impractical to refine, so any form of teff is a whole-grain product, by default. It offers fairly high-quality protein, but like most true grains is somewhat lacking in lysine. It’s high in fiber, iron and some of the B vitamins and is also a good source of calcium, and other minerals. Teff’s tiny grains have a texture like poppy seeds and a mildly sweet flavor reminiscent of chocolate, hazelnuts, and molasses. (The flavor of ivory teff is milder.) Whole grain teff cooks quickly (just fifteen to twenty minutes) and blends well with a wide variety of vegetables, seasonings, other grains, and fresh and dried fruits. 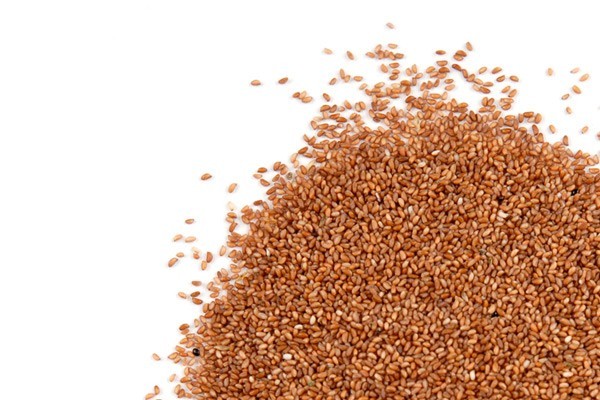 Wild Rice is a better source of protein than most true grains, containing a fairly good amount of lysine. It’s also high in many minerals and some of the B vitamins. It has a delicious nutty flavor and a pleasantly chewy texture. It blends well with other varieties of rice, making it a natural for pilafs. True wild rice has defied domestication, so most of the wild rice sold in the United States is from hybridized versions grown in rice paddies in Minnesota and California. Support the natives (plants and human) and seek out truly wild rice. 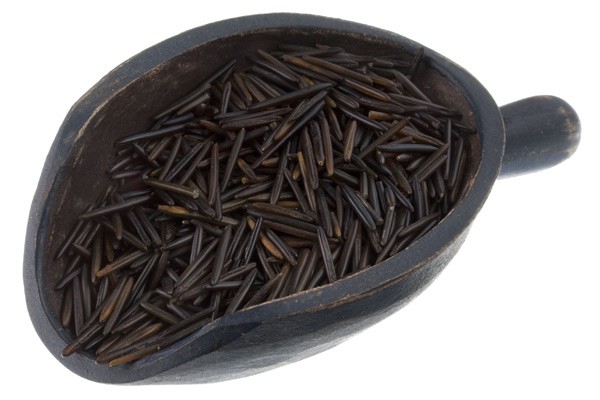 Worldwide, gluten-Free whole grains truly are the foundation of a healthful diet—healthful not just for us humans, but also for our planet. Because many varieties of gluten-free grains are more closely related to their wild cousins than the hybrids we’ve come to rely on, they can often be grown more easily, using less intensive methods. Some gluten-free grains are drought resistant, requiring less land and less water to produce high yields. Others grow in harsh conditions, arid uplands to moist tropical settings.  As a bonus, many of them offer superior nutrition and higher-quality protein than wheat and other common grains. That means more net nutrition from the same amount of land. And best of all, this approach to easing our impact on the planet offers a delicious culinary adventure.

Adapted and excerpted with permission from Gluten-Free Recipes for the Conscious Cook By Leslie Cerier (New Harbinger Publications 2010). www.lesliecerier.com