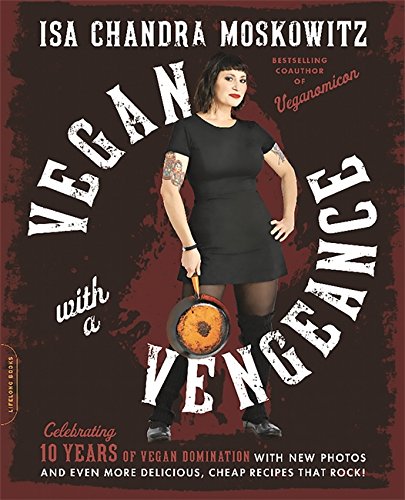 By Naked Food Magazine  •  5 years ago 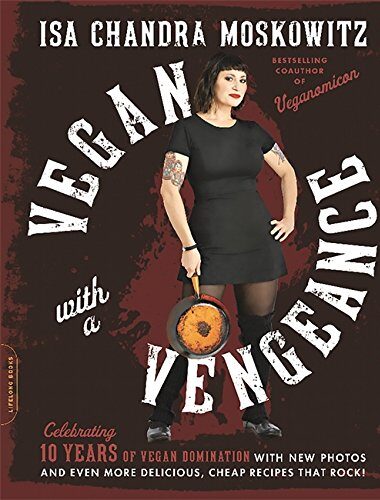 ***
The NEW AUTHENTIC KIND AND ENLIGHTENED DIET (NAKED) celebrates books and cookbooks that embody a philosophy of sustainable health and healing, self-sufficiency and self-care, wisdom, awareness, and consciousness for humans and planet alike.

To request a book review please provide a book sample and email submissions (at) nakedfoodmagazine.com.

Vegan with a Vengeance was first published back in 2005 and quickly stood out for its edgy, punk-rock attitude toward vegan cooking. This review is for the all new 10th anniversary edition, which, while retaining its edge and attitude, is updated with easier directions and streamlined ingredients. Some tried-and-true recipes from the first edition are back, but new recipes are debuted as well.

Isa Chandra Moskowitz knows her stuff. Besides the original and new editions of this book, she’s also the author of the famous Veganomicon, which many consider a “must-have” book for every vegan kitchen, as well as several other books and her website, Post Punk Kitchen. Although raised in Brooklyn, she now resides in Nebraska, where she runs her vegan restaurant, Modern Love, in Omaha.

I’ve tried three recipes so far from this new and improved edition, and although I had to make a couple of adjustments where a recipe called for oil and/or sugar, all three recipes were winners, and I have many more bookmarked to try.  A cute addition to this new edition is words of wisdom from Moskowitz’s cat, Fizzle, sprinkled liberally throughout the book. Fizzle was just a year old when the original Vegan with a  Vengeance was published, and it is fun to read the decade’s worth of new tips and tricks delivered via feline through “Fizzle Says…”

There is truly something for everyone in Vegan with a Vengeance. A wide variety of recipes includes the usual standards, but there are some recipes you don’t see in many vegan cookbooks, like Matzoh Ball Soup, Brooklyn Pad Thai, and not one but THREE types of Knishes. There are also recipes for making your own gnocchi, biscotti, and even eggplant “bacon.” Clever titles paired with an edgy, grungy font and witty writing maintains the punk/metal attitude of the original, while lush, color photography accompanies most recipes and whets the appetite.

IS THIS BOOK FOR YOU?

If you’re familiar with the first edition of Vegan with a Vengeance but were a bit intimidated by the lengthy ingredients lists and/or instructions with a multitude of steps, give this 10th anniversary edition a try. It’s a bit more user- and beginner-friendly, but still a fun, colorful, and “kick-ass” cookbook.

STAR RATING? (1 to 5): 4 (The loss of one star is because of the inclusion of oil and sugar in some recipes). 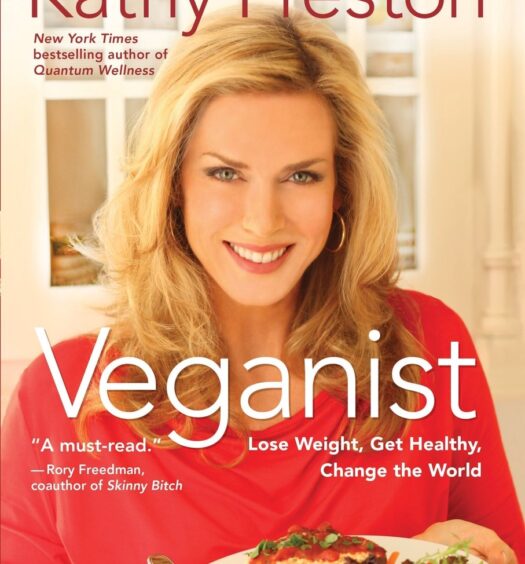 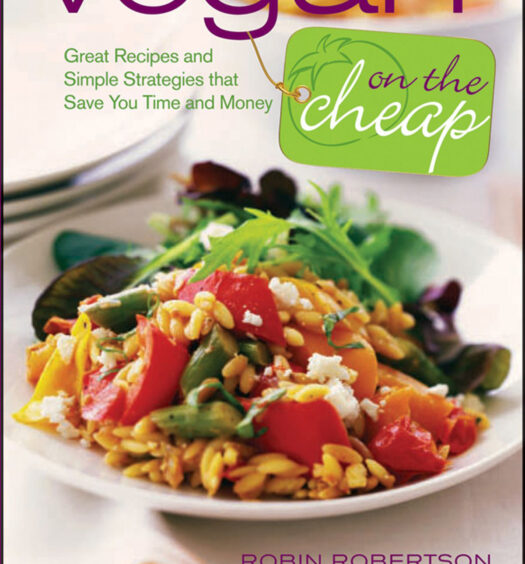