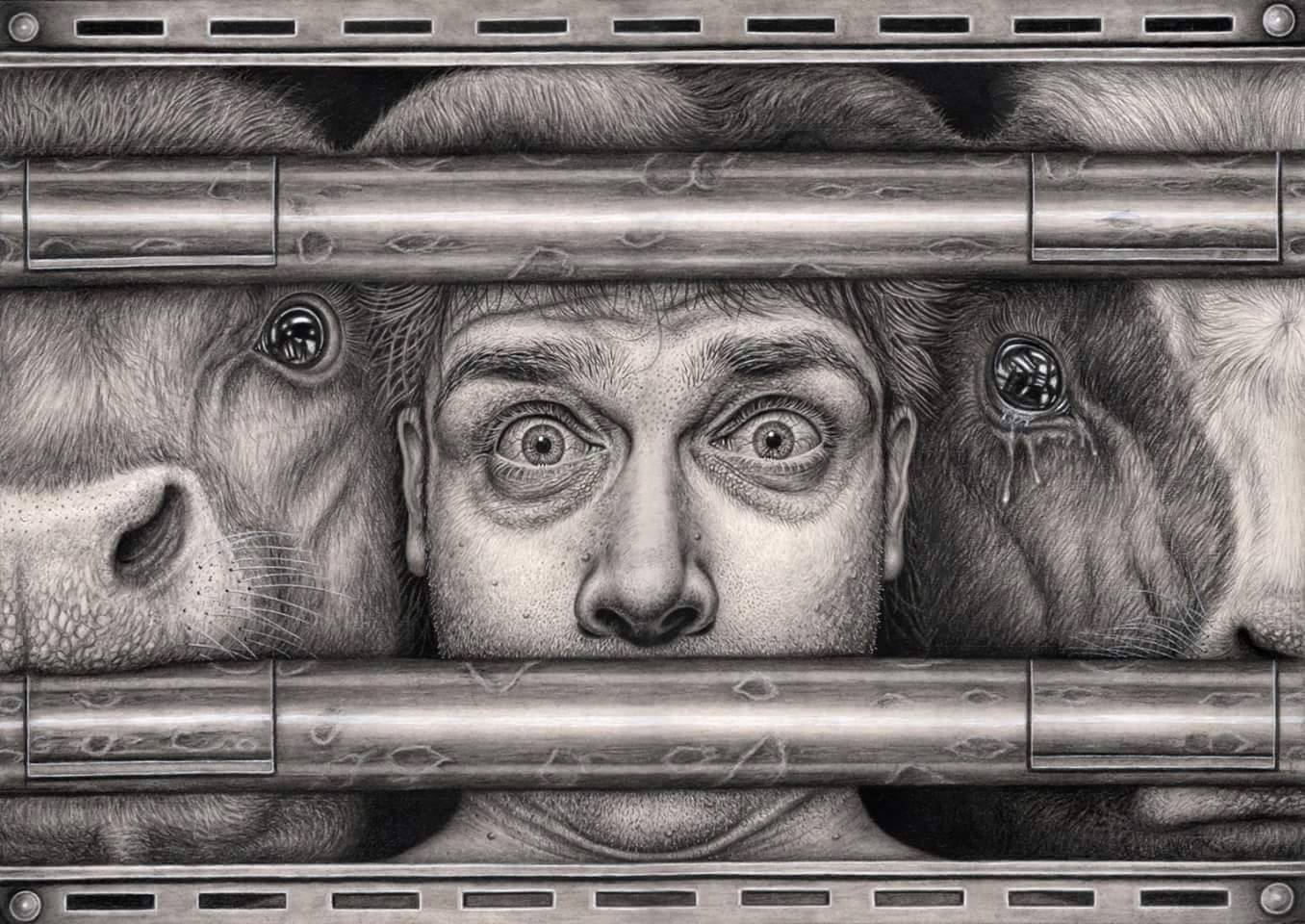 The analysis suggested that the environmental impacts of the food system could increase markedly owing to expected changes in food consumption and production, and, in the absence of targeted measures, would exceed planetary boundaries to the extent that key ecosystem processes could become at risk of 'being destabilised'.

The human population has reached 7.6 billion and could number 9 billion or 10 billion by midcentury. All those people will need to eat. A report published Wednesday in the journal Nature argues that a sustainable food system that doesn’t ravage the environment is going to require dramatic reforms, including a radical change in dietary habits.

To be specific: Meat is out, and fruits and veggies are in.

The report comes on the heels of a warning from the U.N. Intergovernmental Panel on Climate Change that global leaders need to take unprecedented action in the next decade to keep the planet’s average temperature from rising more than 1.5 degrees Celsius above preindustrial levels.

The new research, published in the journal Nature, assesses the impact of food production on the global environment.

Global warming has typically been linked to the burning of fossil fuels, but food production is a huge and underappreciated factor, and the new report seeks to place food in the center of the conversation about how humanity can create a sustainable future.

The analysis suggested that the environmental impacts of the food system could increase markedly owing to expected changes in food consumption and production, and, in the absence of targeted measures, would exceed planetary boundaries to the extent that key ecosystem processes could become at risk of ‘being destabilised’.

The 23 authors of the report, hailing from Europe, the United States, Australia and Lebanon, reviewed the many moving parts of the global food system and how they interact with the environment. The authors concluded that the current methods of producing, distributing and consuming food aren’t environmentally sustainable and that damage to the planet could make it less hospitable for human existence.

A core message from the researchers is that efforts to keep climate change at an acceptable level won’t be successful without a huge reduction in meat consumption.

“Feeding humanity is possible. It’s just a question of whether we can do it in an environmentally responsible way,” said Johan Rockström, an earth scientist at the Potsdam Institute for Climate Impact Research in Germany and a co-author of the study.

Lead author of the study, which is the first to take a comprehensive look at the impact gloval food production has on the planet, Marco Springmann, said that no single solution is enough to avoid crossing planetary boundaries.

‘For the average consumer … the takeaway message is, change your diet and write to your politicians to implement better regulations,’ said Springmann.

‘But when the solutions are implemented together, our research indicates that it may be possible to feed the growing population sustainably’.

Unless things change, this could increase the impact of food production on the environment by up to 90 percent by 2050 to a level where the planet was no longer a ‘safe operating space for humanity’, according to the study.

‘We recommend having less than one serving of red meat per (week),’ Springmann, a senior researcher at the Oxford Martin Programme on the Future of Food.  Livestock are responsible for about 14.5 percent of global greenhouse gas emissions, according to the U.N. Food and Agriculture Organization (FAO).

It is estimated that the world needs to produce 50 per cent more food to support nearly 10 billion people by 2050, the United Nations says.

The amount of food thrown away – currently a third of the total – would also need to be halved and best practices to boost yields, recycle fertilizers and improve water management adopted worldwide.

Despite the fact that about a third of food produced today never reaches the table, the study also looked at what could be done to stop the looming food crisis.

‘There is no magic bullet. ‘But dietary and technological change [on farms] are the two essential things, and hopefully they can be complemented by reduction in food loss and waste.’  The report notes that the current food system is incredibly wasteful, with about a third of the food produced eventually being discarded. Most of that food waste comes from spoilage. Halving the amount of wasted food would put a dent in the overall environmental problem, they said, and reducing waste by 75 percent is theoretically possible. 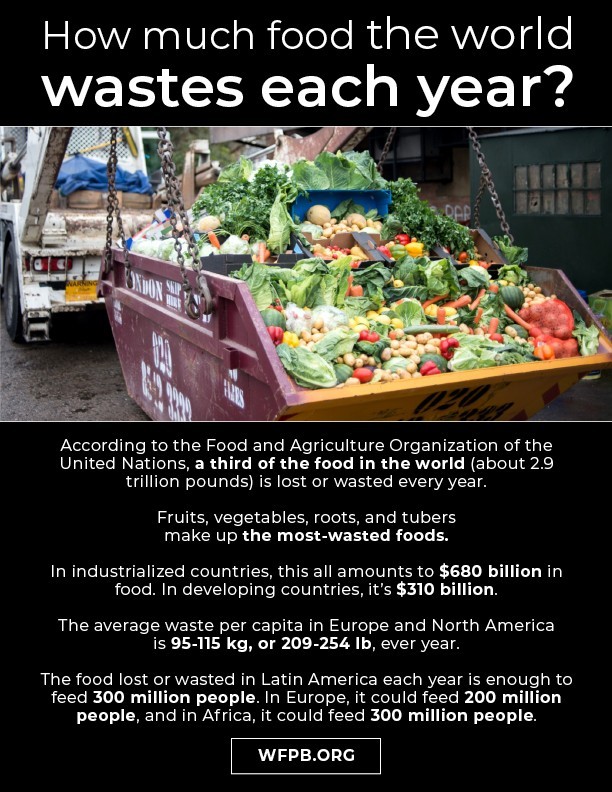 One obvious measure is a change in diets. Researchers say meat production, which includes growing food specifically to feed to livestock, is an environmentally inefficient way to generate calories for human consumption. Moreover, ruminants such as cows are prodigious producers of methane as they digest food, and methane is a potent greenhouse gas. The report says greenhouse-gas emissions from the global food system could be reduced significantly if people reduce red-meat consumption and follow a diet built around fruits, vegetables, nuts and legumes.

To limit greenhouse-gas emissions, “we won’t get very far if we don’t seriously think about dietary changes to a more plant-based diet,” said Marco Springmann, lead author of the report and a senior researcher at the Oxford Martin Program on the Future of Food.  He said that what is good for the planet is good for the eater. For most people eating a typical Western diet, eating less meat will generally mean better health.

On Monday, the U.N. warned the world risked even more extreme weather and loss of species unless rapid unprecedented changes in all aspects of society or were taken to keep the Earth’s temperature rise to 1.5 Celsius.

The largest assault against humans has been done by humans themselves. 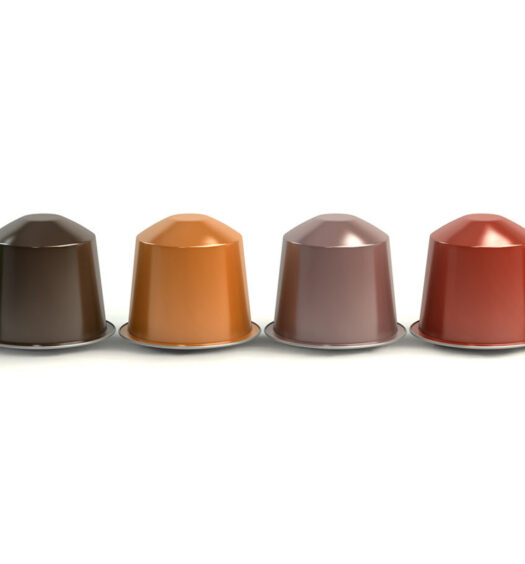 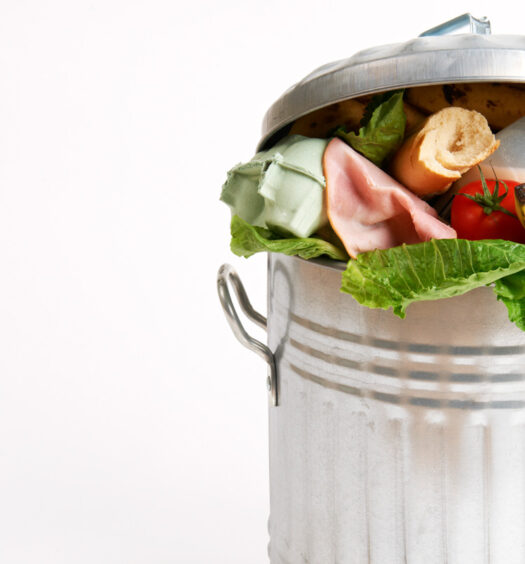