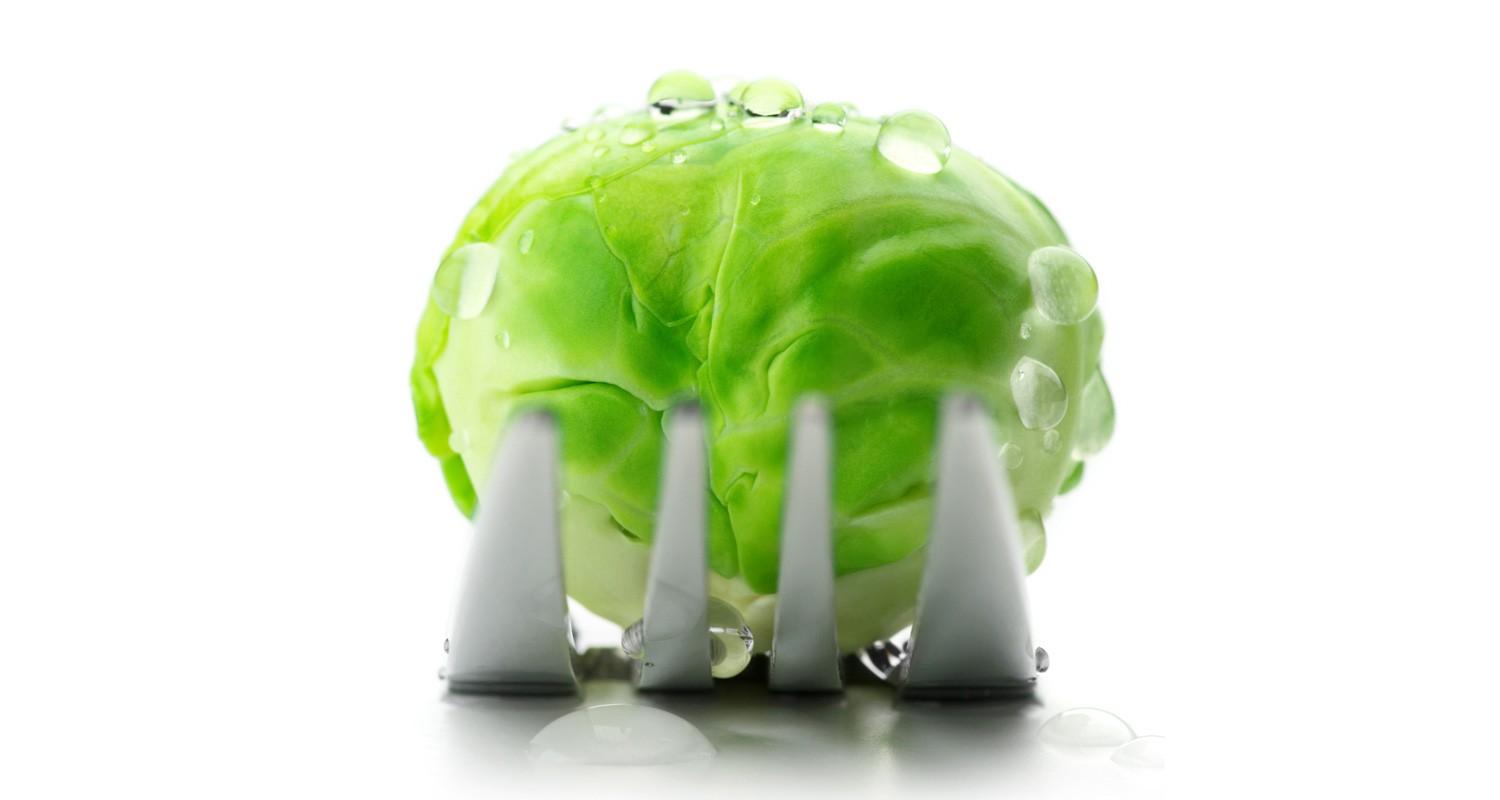 Of the many diseases that affect people these days, cancer is among the most feared. But despite a wealth of scientific data, most people remain unaware of how they can reduce their risk of developing cancer.

Cancer begins as a single abnormal cell that begins to multiply out of control. Groups of such cells form tumors and invade healthy tissue, often spreading to other parts of the body. Carcinogens are substances that promote the development of cancerous cells. They may come from foods, from the air, or even from within the body. Most carcinogens are neutralized before damage can occur, but sometimes they attack the cell’s genetic material (DNA) and alter it. It takes years for a noticeable tumor to develop. During this time, compounds known as inhibitors can keep the cells from growing. Some vitamins in plant foods are known to be inhibitors. Dietary fat, on the other hand, is known to be a promoter that helps the abnormal cells grow quickly.

In 1970, British physician, Dennis Burkitt, observed that a high-fiber diet reduces diseases of the digestive tract. He observed that in countries where diets are high in fiber (that is, plant-based diets), there were fewer cases of colon cancer. Around the world, this has proven true. The highest fiber intakes are found in non-industrialized nations where meat is scarce and plant foods fill the menu. Animal products contain no fiber. The U.S. and other Western nations whose diets are based upon animal products have the highest rates of colon cancer.

While no one is certain exactly how fiber protects against digestive tract disorders, there are several possibilities. By definition, fiber cannot be digested by humans early in the digestive process. It moves food more quickly through the intestines, helping to eliminate carcinogens. It also draws water into the digestive tract. The water and fiber make fecal matter bulkier, so carcinogens are diluted. Bile acids are secreted into the intestine to help digest fat; there, bacteria can change the acids into chemicals which promote colon cancer. Fiber may bind with these bile acids and evict them from the intestines.1

Also, bacteria in the colon ferment the fiber creating a more acidic environment which may make bile acids less toxic. Fiber is also protective against other forms of cancer. Studies have shown that stomach cancer and breast cancer are less common on high-fiber diets.2,3 Fiber affects levels of estrogens in the body. Estrogens are normally secreted into the intestine, where the fiber binds with the hormone and moves it out of the body.4 Without adequate fiber, the estrogen can be reabsorbed from the intestine into the bloodstream. High levels of estrogen are linked to a higher risk of breast cancer.

In the U.S., the average daily fiber intake is 10 to 20 grams per day. Experts recommend 30 to 40 grams per day. The best sources of fiber are whole grains, beans, peas, lentils, vegetables, and fruits. Foods that are closest to their natural state, unrefined and unpeeled, are highest in fiber.

All the evidence points to a low-fat, high-fiber diet that includes a variety of fruits, vegetables, whole grains, and beans, as being the best for cancer prevention.

Cross-cultural studies have revealed that the populations with the highest levels of fat consumption are also the ones with the highest death rates from breast and colon cancer. The lowest rates are in groups with the lowest consumption of fats.5 Migration studies help to rule out the influence of genetics.6 Many studies indicate that fat in foods increases one’s risk for cancer, and it may also adversely affect breast cancer survival rates for those who have cancer.7

Although the total amount of fat one eats is of concern, there is evidence that animal fat is much more harmful than vegetable fat. One study noted a 200 percent increase in breast cancer among those who consume beef or pork five to six times per week. Dr. Sheila Bingham, a prominent cancer researcher from the University of Cambridge, notes that meat is more closely associated with colon cancer than any other factor.8 Meat and milk are also linked to both prostate and ovarian cancers.9

Fat has many effects within the body. It increases hormone production and thus raises breast cancer risks. It also stimulates the production of bile acids which have been linked to colon cancer.

The average diet in the U.S. is about 37 percent fat. The National Cancer Institute suggests that people lower that percentage down to 30 percent; however, studies have shown that fat intake should be well below 30 percent to have an anti-cancer effect; 10-15 percent is more likely to be helpful.

The Importance of Vegetables

Not only are vegetables low in fat and high in fiber, they also contain many cancer-fighting substances. Carotenoids, the pigment that gives fruits and vegetables their dark colors, have been shown to help prevent cancer. Beta-carotene, present in dark green and yellow vegetables, helps protect against lung cancer and may help prevent cancers of the bladder, mouth, larynx, esophagus, breast, and other sites.

Vegetables such as cabbage, broccoli, kale, turnips, cauliflower, and Brussels sprouts contain flavones and indoles which are thought to have anti-cancer activities.

Vitamin C, found in citrus fruits and many vegetables, may lower risks for cancers of the esophagus and stomach. Vitamin C acts as an antioxidant, neutralizing cancer-causing chemicals that form in the body. It also blocks the conversion of nitrates to cancer-causing nitrosamines in the stomach.

Selenium is found in whole grains and has the same antioxidant effects as vitamin C and beta-carotene. Vitamin E also has this effect. Caution is advised in supplementing selenium, which is toxic in large doses.

Excessive intake of alcohol raises one’s risks for cancers of the breast, mouth, pharynx, and esophagus. When combined with smoking, these risks skyrocket. It also raises risks for stomach, liver, and colon cancers.10

Plant-Based is the Better Choice

All the evidence points to a low-fat, high-fiber diet that includes a variety of fruits, vegetables, whole grains, and beans, as being the best for cancer prevention. Not surprisingly, vegans, whose diets easily meet these requirements, are at the lowest risk for cancer. People who eat a plant-based diet have about half the cancer risk of meat-eaters.11

Vegetarians have higher blood levels of beta-carotene. They consume more vitamin C, beta-carotene, indoles, and fiber than meat-eaters. Vegetarians also have stronger immune systems. German researchers recently discovered that vegetarians have more than twice the natural killer cell activity of meat-eaters.12 Natural killer cells are specialized white blood cells that attack and neutralize cancer cells. Also, vegetarians tend to eat more soy products than meat-eaters. Soybeans contain many substances that are anticarcinogens, including lignans and phytoestrogens. A diet that is rich in soybeans may be one reason for the lower incidence of breast cancer in Asia.

A cancer-prevention diet is one that is high in fiber, low in fat (especially animal fat), and includes generous portions of fruits and vegetables. It also minimizes or excludes alcohol. The best diet is a pure vegetarian (plant-based) diet. 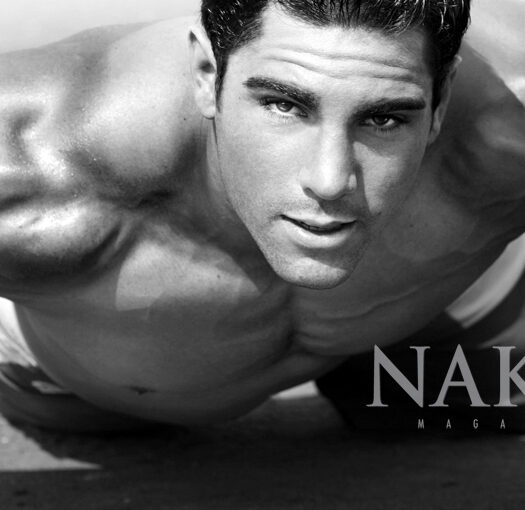 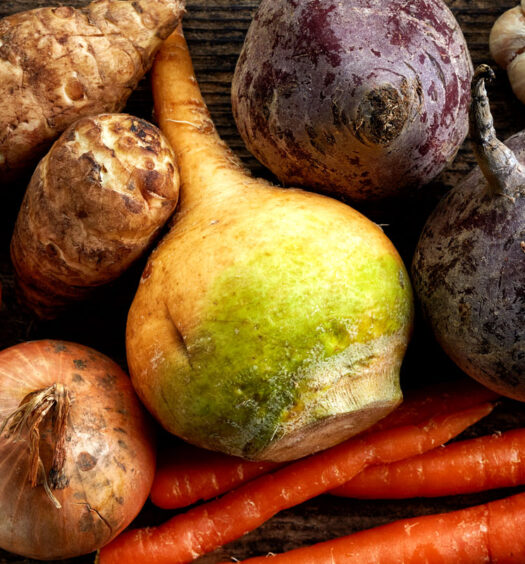 Eating Plant-based During the Winter

Read More
Eating Plant-based During the Winter
Submit a Comment