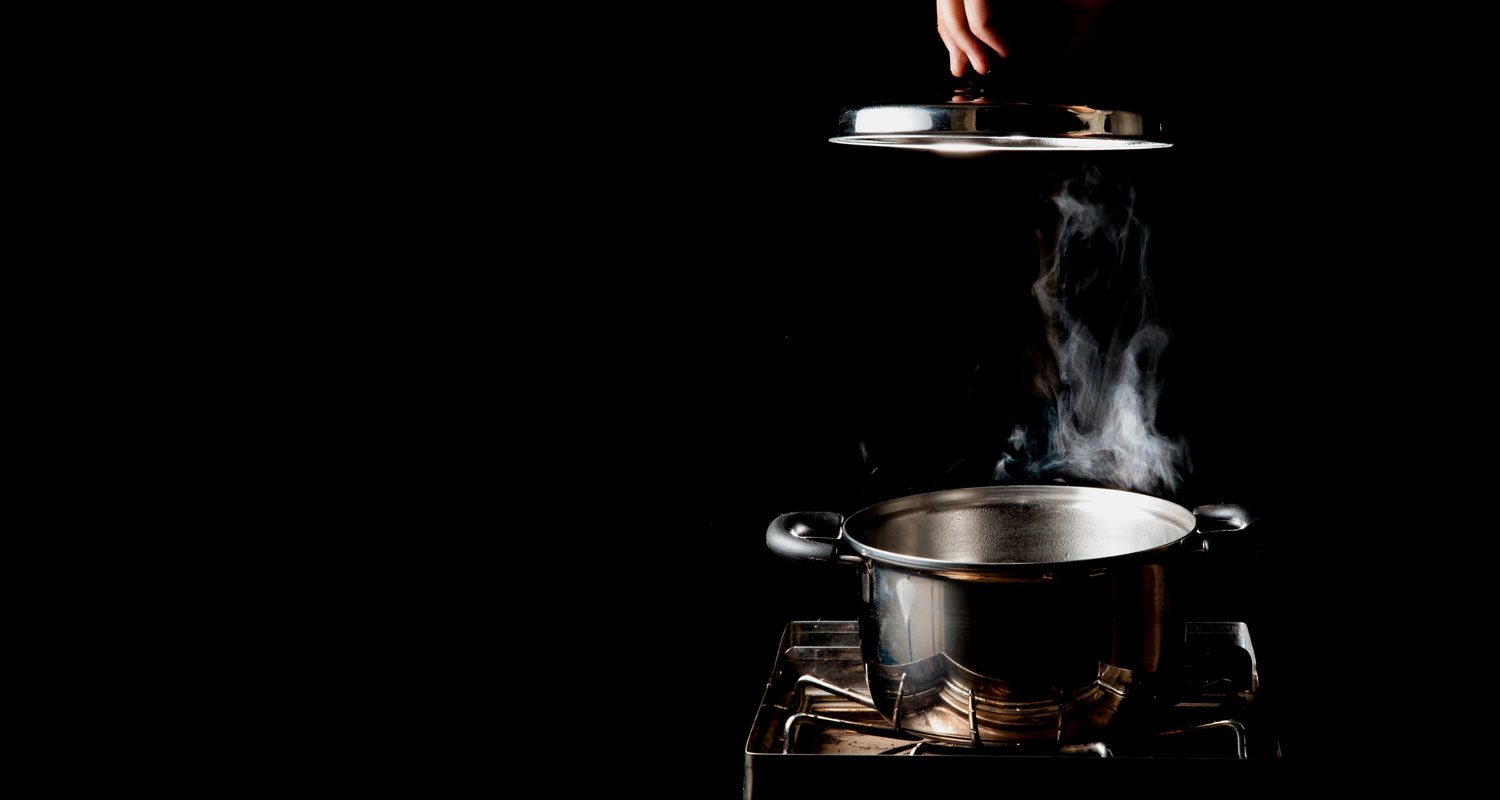 Bone broth is one of the latest food fads, and it doesn't seem to be fading anytime soon. But is drinking a bowl of collagen and gelatin really a magic elixir?

We are, it seems, unendingly as enthusiastic about dietary magic du jour as ever Jack was about his beans. And now it turns out that we have something else in common: Jack’s giants were apparently inclined to grind bones to make bread. We are using them to make broth.

So says The New York Times, in a prominent article designed to capture the latest culinary buzz, propagate it, or classically, some of both. Buzz begets buzz just as the rich get richer.

If that buzz were just culinary, I wouldn’t have much to say about it. Taste, after all, is a matter of taste; and if some are inclined to replace a cup of tea with a cup of bone and meat juice, it would be their business but not mine. But inevitably, any discussion of food these days devolves into a dubious blend of New Age mysticism, ideological fervor, and overcooked opinion. In this regard, bone broth is merely the latest recipe for déjà vu, all over again.

We are told in the Times article that broth–the liquid resulting from simmering some meat but mostly bones– “combines mystical connections to the ancient world and demonstrable nutrition benefits in the modern one.”

Hmm. Let’s start with that first one. I recently published the third edition of my nutrition textbook for health care professionals. The book ran to over 750 pages, and roughly 10,000 references (and yes, it was every bit as painful as it sounds; writing textbooks is not for the faint of heart). Nowhere in the mix did I or my co-authors find, or cite, an article about the “demonstrable nutrition benefits” of bone broth.

OK, maybe that evidence was demonstrated in the past few days. So I just searched Pubmed, the vast, online archive of the peer-reviewed biomedical literature using the terms “bone broth health” and no other stipulations. A total of 12 citations were retrieved, out of literal millions, and none was a study of health effects of bone broth. The closest by far was a study of broths as a culture medium to diagnose specific infections in orthopedic implants. Well, admittedly, the Times said “demonstrable,” not actually “demonstrated.” Moving on.

It might make sense that bone broth could confer health benefits in the Stone Age, where hunter-gatherers had hard work to do to ensure they had adequate sustenance, including adequate protein. Comparable benefits might accrue in parts of the modern world prone to protein malnutrition, such as Somalia, the Sudan, or Bangladesh. I doubt many people prone to kwashiorkor (a form of severe protein malnutrition) read the Times article, however. Meat deficiency is a quite unlikely problem among those who did.

How about that first point: “mystical connections to the ancient world”? Well, if that bone broth results from the simmering of a bison you brought down with a spear, I’m with you. Mystical connection, indeed.

But come on, folks. There is nothing remotely connected to the ancient world, mystically or otherwise, about lining up at a trendy café to purchase your carefully selected bone broth in lieu of your recently renounced double latte-mocha-frappa-whatever.

There is a serious problem with this reverence for everything pseudo-Paleo. That problem is us, in our voracious multitudes. Along with animals and plants now almost entirely extinct, the Stone Age was populated with many fewer of us. That makes a huge difference. Small, scattered bands of Homo sapiens could be as carnivorous as their prowess allowed with limited impact on the planet. However, that didn’t last long. Even when our numbers were measured in millions, rather than billions, our hunting massively impacted the planet. When we crossed the land bridge from Asia, almost every large land herbivore in North America was exterminated in rather short order.

Quite simply, over 7 billion Homo sapiens cannot be “hunter-gatherers.” We would need a land mass the size of Jupiter, populated with the animal profusion of the actual Stone Age, even to try. It’s a fantasy, not a mystical connection. It’s right up there with the idea that sports drinks will make you a super-athlete absent any actual sport, or that driving a Hummer will make you Indiana Jones, despite the fact that you never drive out of suburban sprawl. Whether or not we drink bone broth, we really do need to grow up and stop drinking this Madison Avenue Kool-Aid.

The evidence we do have is stacked monumentally in the other direction. Among modern populations with no difficulty procuring enough protein or meat, it is the addition of plant foods to the diet that reliably leads to better health.

Presumably, the bones used for broth are from animals we would have killed for food anyway, so no incremental harm, no incremental foul. But we are nonetheless obligated to acknowledge the prevailing effects of carnivorous inclinations on the horrifying treatment of animals, including our fellow mammals (some more intelligent than the family dog); and on the environment. In this context, making use of bones we already have from animals treated and fed well is one thing; creating a market for more animals raised and slaughtered with wanton disregard for ethics and implications is another.

The New York Times told us this: “Broth made with plenty of bones contributes to well-being in ways that other foods don’t.” Since it was in the The New York Times, I guess it must be true. As noted, I looked for evidence and couldn’t find any. I haven’t seen beanstalks grow from magical beans either, but maybe that’s true, too.

The evidence we do have is stacked monumentally in the other direction. Among modern populations with no difficulty procuring enough protein or meat, it is the addition of plant foods to the diet that reliably leads to better health. This has been shown in intervention studies examining heart disease and cancer; it has been shown in massive epidemiologic studies over, and over, and over, and over again, and it is not just “demonstrable” but actually demonstrated by the enviable health outcomes enjoyed in the world’s Blue Zones.

What really is most arresting about our endless penchant for nutritional pixie dust is how willing we are to ignore what we already know while pursuing the elusive. Before bone broth and pomegranate juice were mystical elixirs; before gluten was poison and fructose a toxin; before a fixation on GMO and a fascination with Goji berries; before wheat made us fat and grains made us stupid, we already knew enough to prevent fully 80% of all chronic disease and premature death. No expert even disputes this. We know enough right now. We have known enough for literal decades.

The most remarkable thing about the dietary component of lifestyle as stunningly effective medicine is how simple it is. “Real food, not too much, mostly plants,” to quote Michael Pollan. Wholesome foods in sensible combinations to quote…well, myself and Frank Hu. In an important study published in 2009, using only “habitual intake of vegetables, fruits, and whole grains” was enough to differentiate “eating well” from “not eating well” in a cohort of roughly 30,000 European adults. Those who ate well, in combination with a few other salient health-related behaviors, had a lifetime probability of all major chronic disease fully 80% lower than those who didn’t eat and live well. In this age of endless, competing dietary dogma, it’s almost hard to believe that just “habitual intake of vegetables, fruits, and whole grains” sufficed to define a healthful diet; but it was.

So there you have it. If you like bone broth, sip bone broth; although I do think you are obliged to consider the lives, and deaths, that spawned those bones. Cruelty has no place on the menu of decent people, whatever our gustatory inclinations.

If, however, you are counting on well-being you can’t get from other foods, and/or mystical connections, well then, I have some magic beans to sell you. Oops, I forgot: Paleo eating doesn’t allow for beans. Well, then, fee, fie, foe, fum; I’ll just eat the beans. 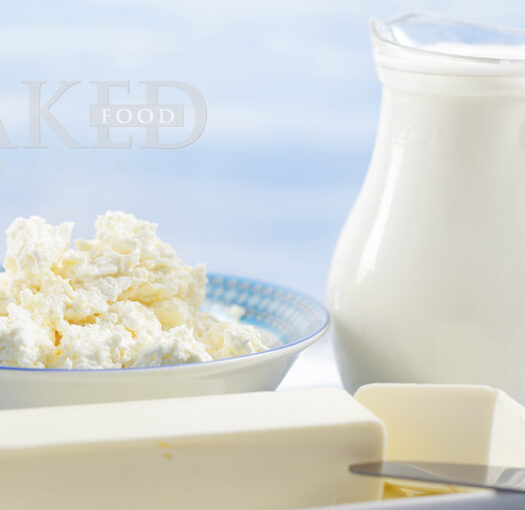 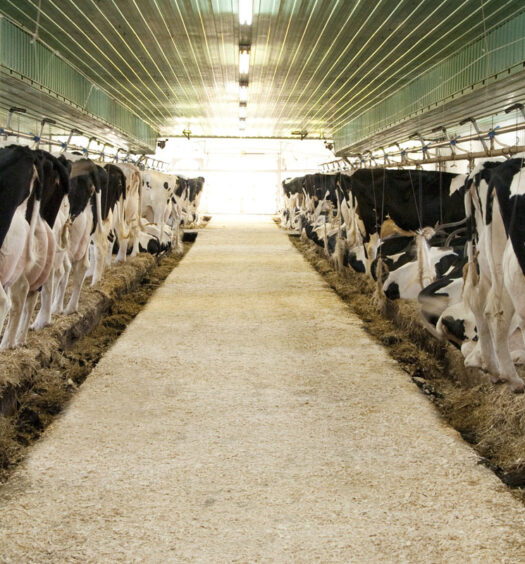 Organic Meats Are Not Health Foods